Diari ARA, the leading daily in Catalan, seeks to establish its position as a reference newspaper in Catalonia by strengthening its visibility both in Search results and in Google News and Discover.

We started the project in times of pandemic and knowing a little about the newspaper and its authority, everything indicated that the growth potential was immense, and it still is, but we found that it was affected by the Core Update that Google deployed in May 2020 : 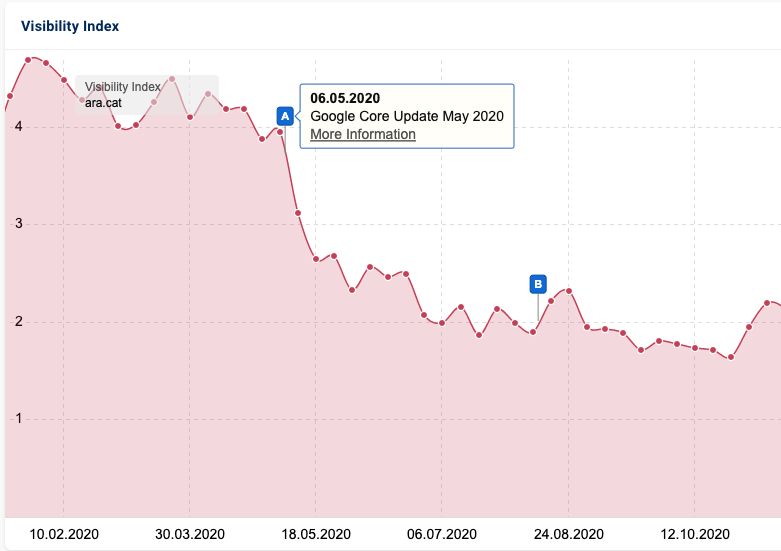 An Update that focused on general affectations, but emphasized the evaluation of the contents; whether or not they were credible content and from trusted sources. Clearly, it was referring to the E-A-T (Expertise, Authoritativeness and Trustworthiness) so it was one of our main focuses when proposing new changes in the newspaper.

Before getting into the matter, let's look at the main objectives of the project:

The initial objectives were clear, but the impact of the Google update will not help prioritize those points to work on to reverse a decrease in visibility.

With the clear objective of improving both the daily visibility, improving the E-A-T as well as solving different technical problems related to the AMP that directly affected the potential appearance in Discover, the main actions we focused on were:

Results obtained in the Diari ARA

All the actions applied together with a new focus on the use of entities has helped us, together with the ARA newspaper team, to the following results: